Brisbane based musings of Family, Photography, Music and software development

We had Brekky together, then we were separating to each of our own specialities.  Ryan, Tegan and I were heading to the Academy of Sciences, whilst Sue headed to Union Square to do some shopping sans Family.

The science centre was so much better than expected, even though the planetarium was close for maintenance.  Ryan and Tegan had a lot of fun, as well as it being very educational, with volunteers talking us through various experiments and exhibits.

The rainforest exhibit was 4 stories high that you could walk through, and had lots of butterflies, birds and fish.

The penguin feeding was great

The centre has a living roof, which we could only see part of on this day. 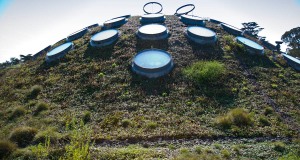 The kids got to be very hands on

We met back around 3’sh and caught up with Sue’s spolis of shopping, and we then got ready for a photo session I had organised with Flash Bullet Photography. I have admired their photography for a while now, and as we were passing through there town, I thought it would be great to get some family portraits done.  Erin and Dustin were great, and their 5 month old son, Agent, joined in on his first commercial shoot.  He was delightful, but when teething got the better of him, he headed back home with Erin.  Dustin finished off the shoot, and due to my tardiness in posting blog posts, we can show some of the shots, as they were great in turning them around so fast!  Even though they were heading off OS in a couple of days.  Thanks Guys, very much appreciated!

A few of the shots from the session

Dustin in action with Ryan and a Voice ativated light stand

We asked for a recommendation to grab some mexican, as their neighbourhood, Mission, is famed for it’s Mexican cuisine.  We were directed to Papalote, and it was way busy, excellent tasting and great value burritos!

We grabbed a taxi back to our digs, and got ourselves ready for the next leg of the journey in the morning.